The Co-curricular Activities (CCA) department of Adhyayan divided all students from grade two to ten into four houses. There are different activities and competitions planned for the year 2075 B.S. To propagate a sense of competition and cooperation among friends, it is necessary to divide among houses like Red, Green, Yellow and Blue.

A voter list has been developed and finalized. A brief meeting of every house held separately and the names of interested students for the captain were registered.

Due preparation was made for administering the election. On 20th May, every candidate was provided opportunity to deliver his/her speech. They were asked to go to the stage and provided time to present their plans and priorities.

All the students were asked to line up according to their houses. Three teachers were mobilized for facilitating and administering the election of each house. The name of the voters was verified and the students were provided ballot papers. They were asked to tick in the name of the candidate they preferred. They folded the ballot paper and dropped in the ballot box as practiced by the Election Commission. 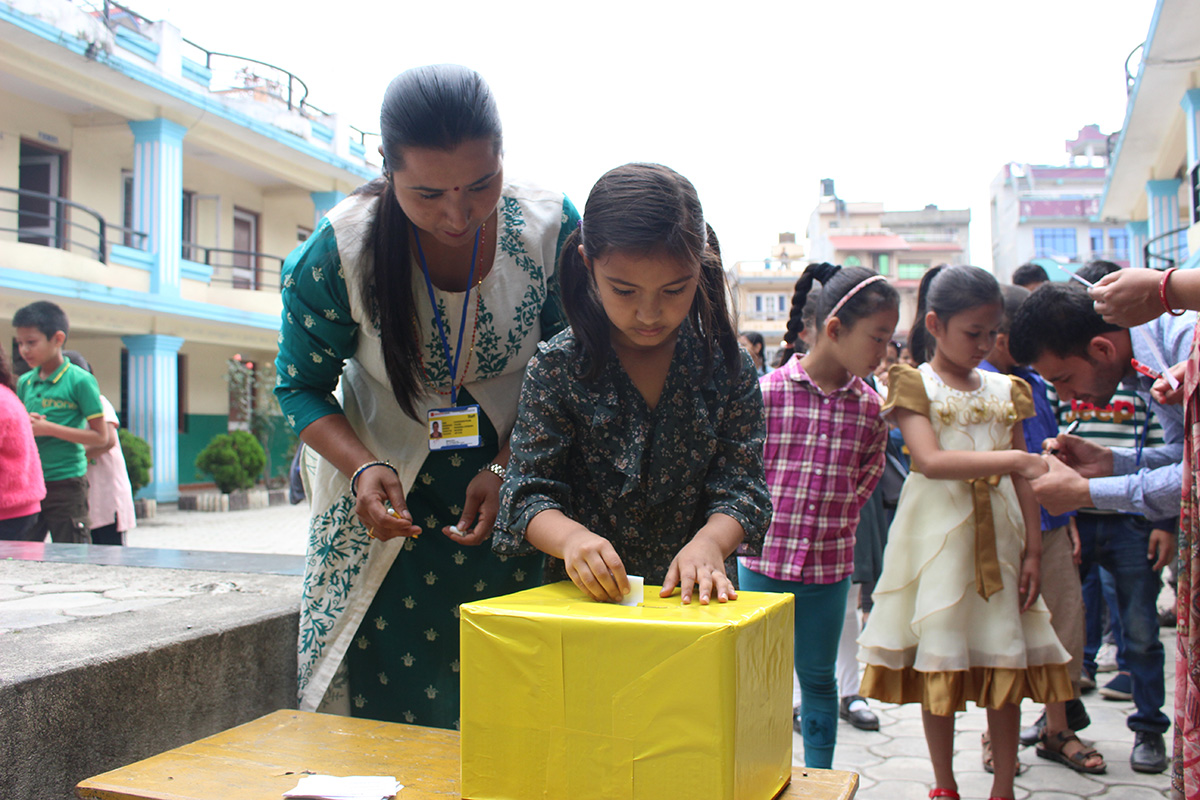