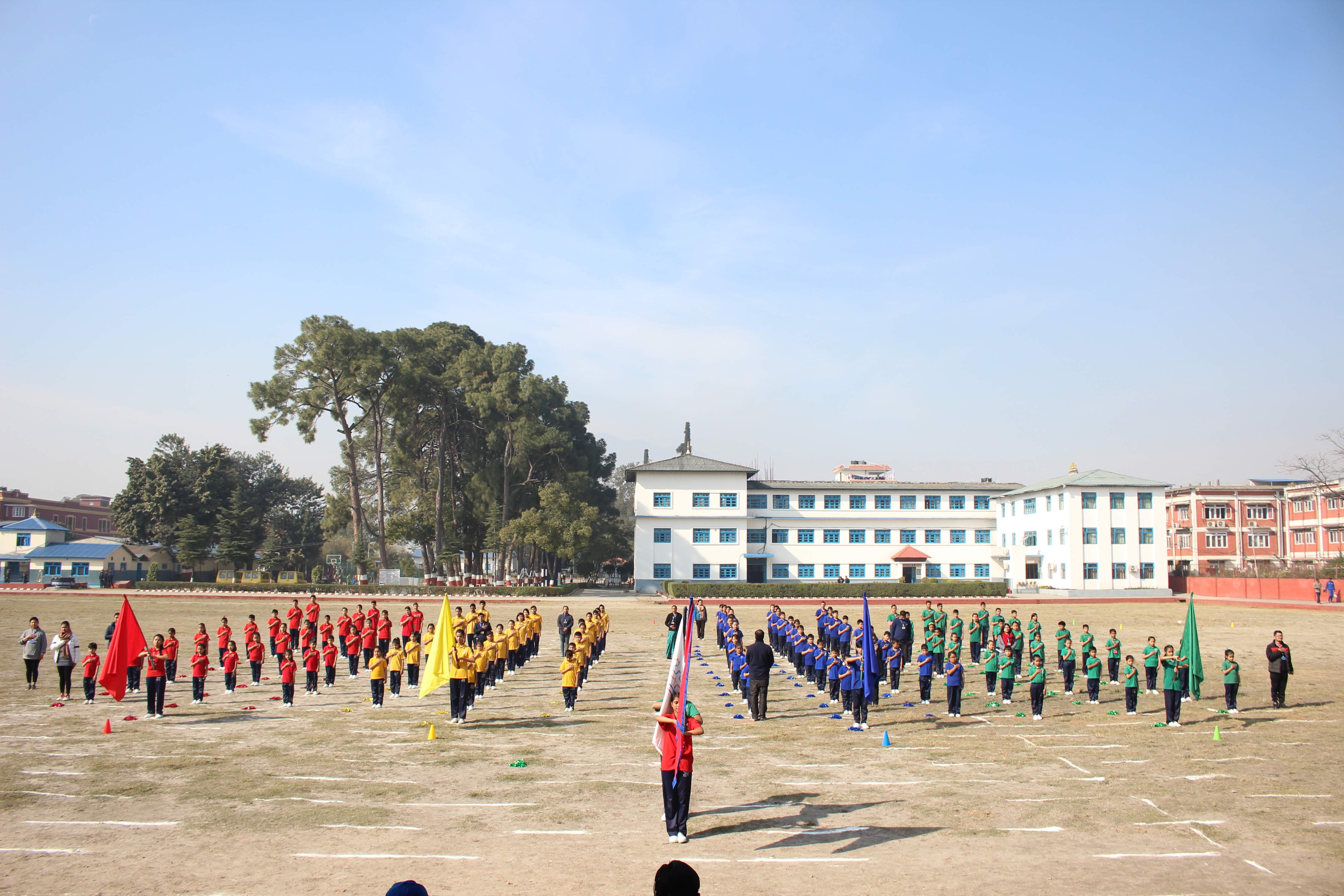 “Sports day are events staged by many schools and offices in which people participate in competitive sporting activities, often with the aim of wining trophies or prizes.”

The sports day at Adhyayan was also organized   on 4th  Poush 2076, Friday. The sports day was held in the ground of Nepal Police Training Center, Maharagjung.

All the setup was arranged by teachers and house captains.  The Program began with a march past followed by national anthem and drill. Different games were played there including sack race, blasting the balloon race, running race, cap race, coin race, card board race, skipping race, tug of war, relay race and many more. The winners of the games from primary wing were awarded by honorable principal, Mr. Sandeep Sharma and respected junior director Miss. Rose Malla Upadhyaya.

The most exciting part was the announcement of the house of the year, that was green house. Similarly, Priya Panta and Bikash Limbu were declared as the Player of the year. All the students participated enthusiastically.