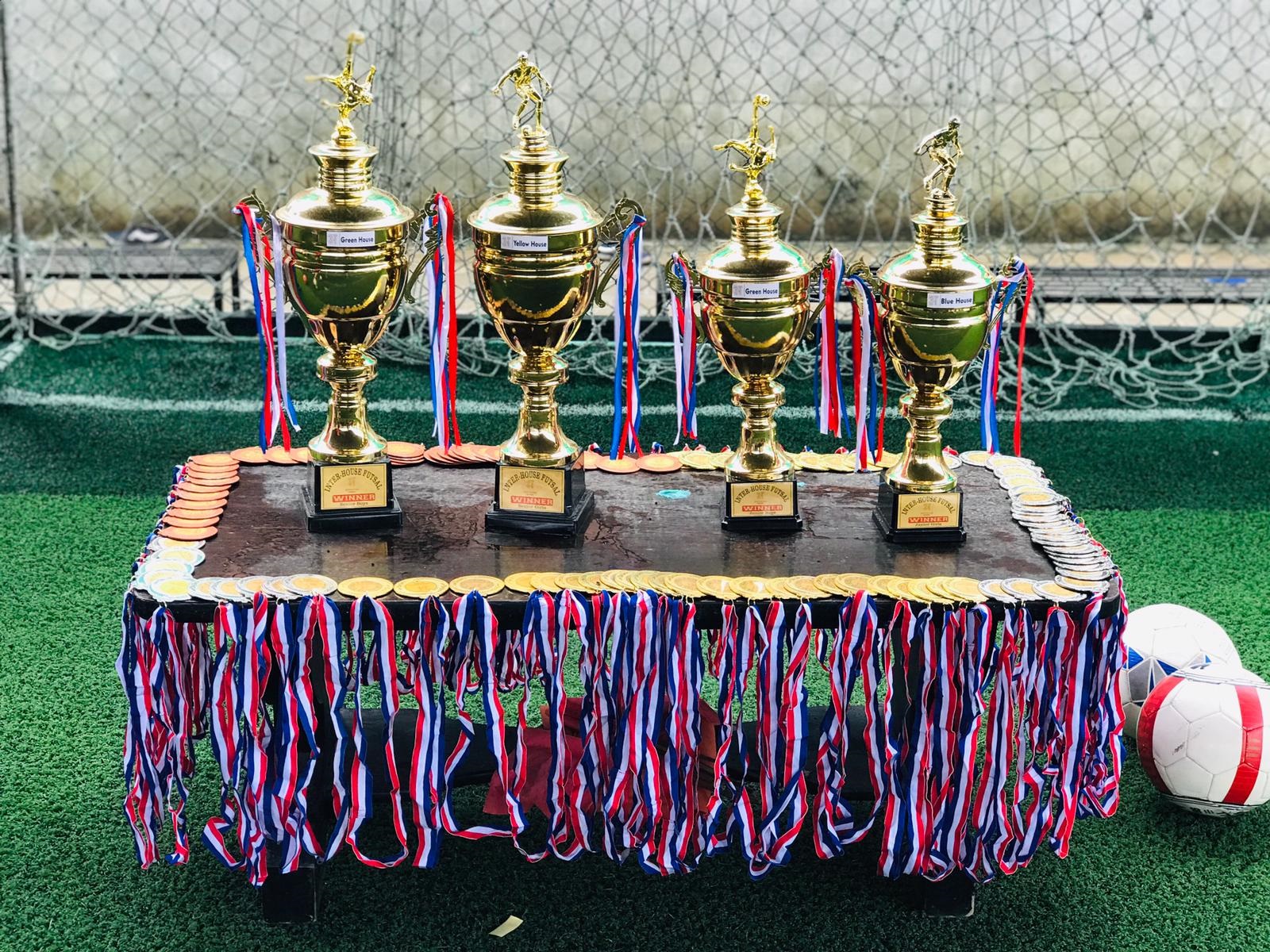 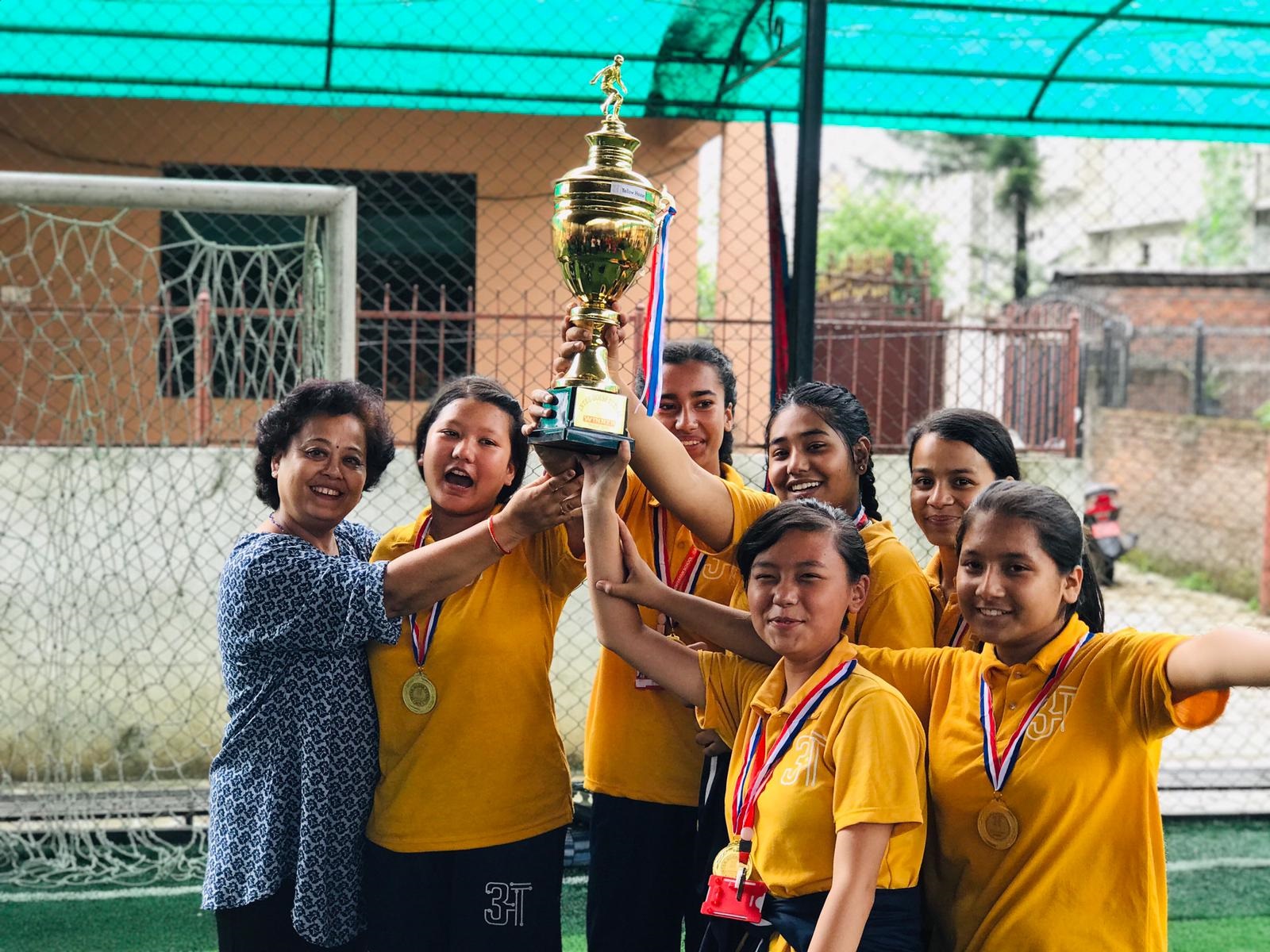 Adhyayan School has always kept sports/physical activities in the top most priority. On 5th of July, 2019, Adhyayan School had organized a futsal tournament. It was an inter-house futsal competition. The competition was between houses of senior girls, senior boys, junior girls and junior boys. It was very exciting and fun to participate and play for the house. There was also competition between teachers. It was full of fun and excitement to observe he match of teachers.
Among junior boys, green house was able to grab the title of winner which was followed by blue house as second and red house third. Among junior girls, blue house grabbed the first place followed by red house as second and yellow house third. Similarly among the senior boys, green house became first, red house second and yellow house third and among senior girls yellow house became first, red house second and green house third.
At the end of the tournament, medals and trophies were distributes to the winners. The program was accomplished successfully without any obstacles.

To our Teachers
Comments are closed.